In our latest Product Focus, we take a look at one of the most majestic and striking pocket squares in our collection: The Monarch Of The Glen Pocket Square by Sir Edwin Landseer.

VIEW THE PRODUCT: The Monarch Of The Glen Pocket Square The Monarch Of The Glen is an oil on canvas by Sir Edwin Landseer, painted in 1851. The centre piece of the work is a red stag, majestically standing in command in front of a picturesque mountainous landscape. The painting was commissioned as part of a three panel series to be hung in the Palace Of Westminister, London.

Did you know? The stag has 12 points on the antlers, showing this is a "royal" stag, not a "monarch" which requires actually requires 16 points.

The Monarch Of The Glen is one of the more famous British paintings that exists today. For many people it encapsulates the grandeur and majesty of Scotland’s highlands and wildlife. The painting differed to many wildlife paintings of the time, with most works from this era depicting animals being hunted, so a stag commanding its environment was not the norm.

The second half of the nineteenth century saw the artwork gain huge popularity in reproductions, primarily in steel engraving. Over time this led companies to licence the artwork for use commercially in advertising, with goods ranging from household cleaning products to alcoholic beverages featuring the image.

However, during the twentieth century the image had reached such saturation and global fame that it became a cliché, one newspaper referring to it as the "ultimate biscuit tin image of Scotland". 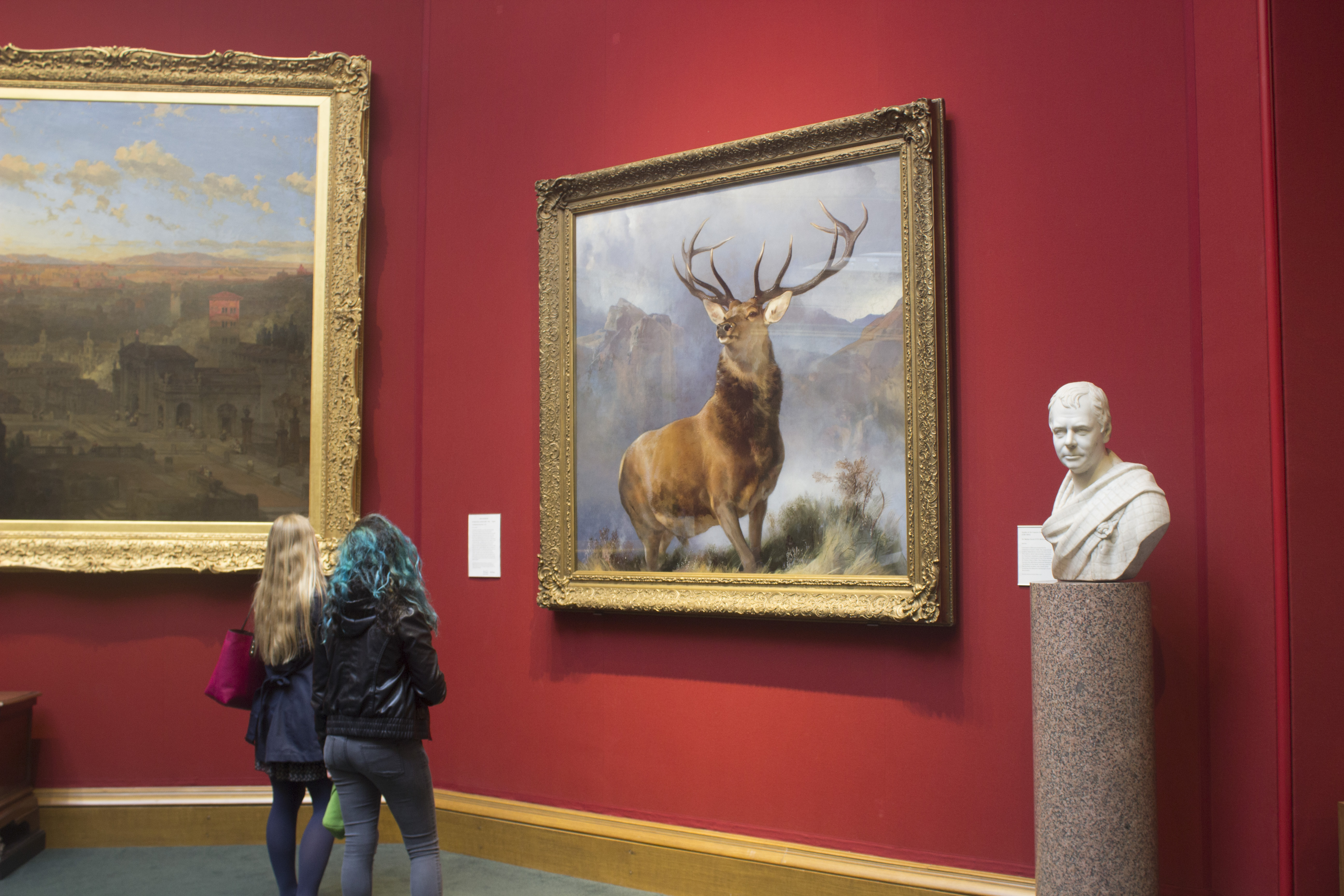 Sir Edwin Landseer, a painter and sculptor, was born in London in 1802. From a young age Landseer had an avid interest in art, spurred on by mentors and and his father, he was encouraged to dissect animals to understand animal musculature and skeletal structure to support his work and style of painting. Landseer was also heavily involved with the Royal Academy. 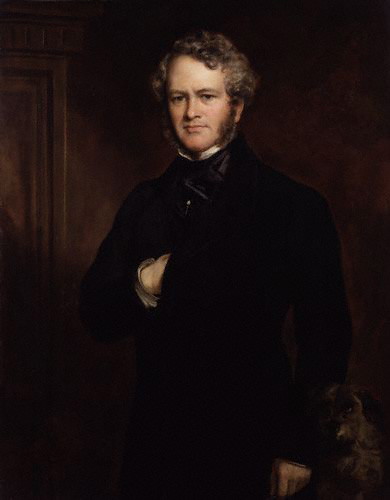 At the young age of 13, he exhibited works at the Royal Academy as an “Honorary Exhibitor”. At age 24 he was elected an associate and five years later became an Academician (member of the academy) in 1831. Landseer's work primarily revolved around animals - primarily horses, dogs and stags, a favourite of Queen Victoria, Landseer was knighted in 1850.

Did you know? Sir Edwin Landseers best known work are the lion sculptures which lie at the bottom of Nelsons Column in Trafalgar Square, London. 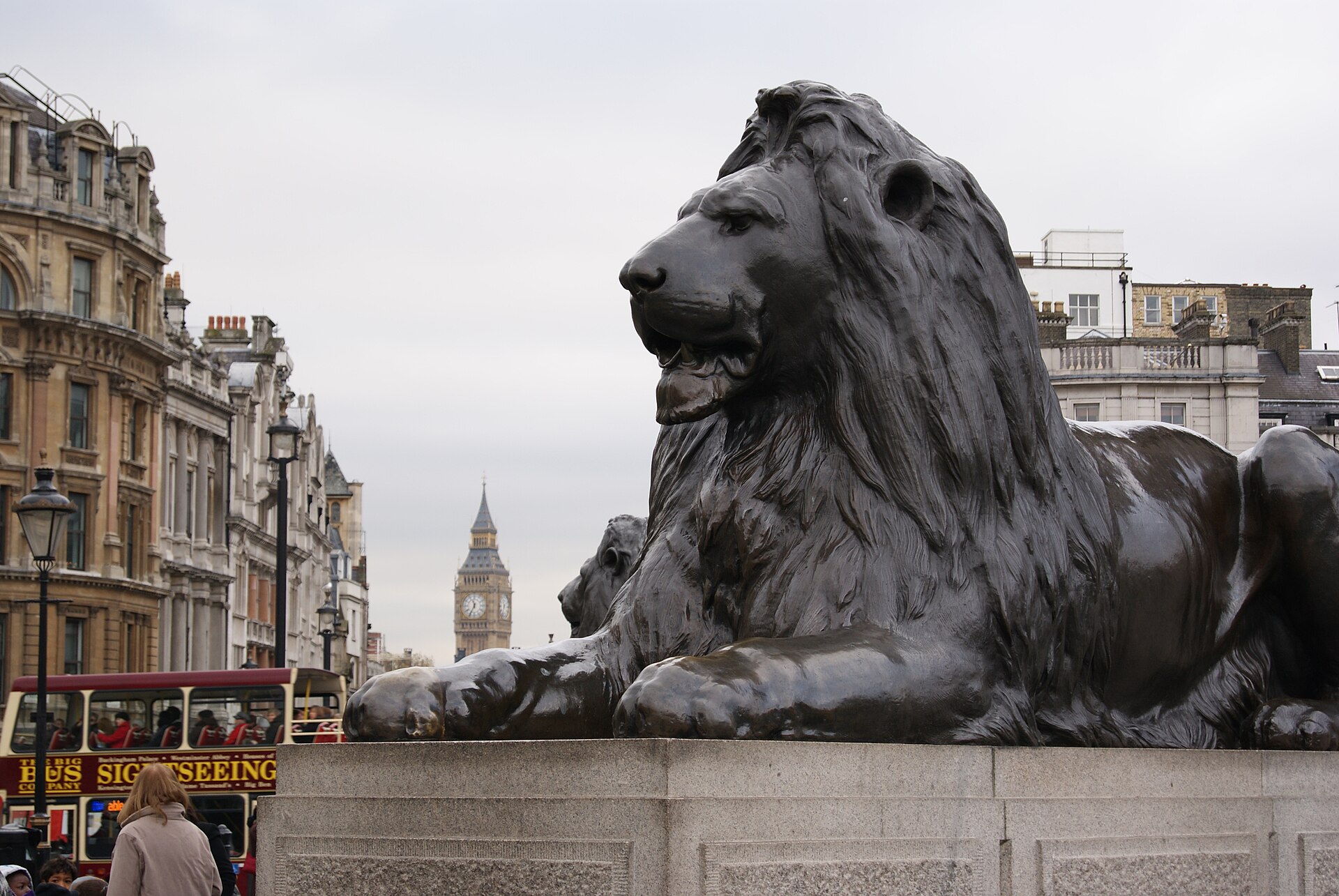 Landseer had a troubled end to his life. In his thirties he had what would be recognised today as a nervous breakdown and suffered from recurring bouts of melancholy, hypochondria, and depression. Towards the latter end of his life, his mental stability had worsened and he diagnosed as 'insane' in 1872. Landseer died in 1873 and was given a magnificent funeral in London. People lined the streets to pay their respects and wreaths were hung from the Lion statues. He was buried in the artists corner of St. Pauls Cathedral.

The Monarch Of The Glen Pocket Square has many beautiful shades and hues which can be manipulated to your liking. The hues of blue and white in the sky make it perfect in certain folds such as the wave fold, while the browns in the antlers and the border can give a statement look with an angled peaks fold. Overall this pocket square works beautifully with a dark jacket to perfectly finish an outfit. 1. The Wave Fold
The wave pocket square fold is a stylish fold that gives an exquisite final flourish to your outfit for the evening. It is not the simplest of folds to create, however, when accomplished you have a beautiful way of showing the variations of colour in your pocket square. Perfect for that sartorial statement!

View the Product: The Monarch Of The Glen Pocket Square